Africa in the PhotoBook

A conversation between Azu Nwagbogu and Ben Krewinkel

AZU NWAGBOGU, FOUNDER AND DIRECTOR OF AFRICAN ARTISTS’ FOUNDATION (AAF) AND LAGOSPHOTO FESTIVAL (NIGERIA), IN CONVERSATION WITH BEN KREWINKEL, PHOTO-HISTORIAN, FOUNDER OF THE PLATFORM AFRICA IN THE PHOTOBOOK.

I first met Ben Krewinkel in Lagos, Nigeria, when he attended the 2015 edition of the LagosPhoto festival as an exhibiting artist. Guest curator Cristina de Middel had selected his body of work Looking for M. (f0.23 publishing, 2013), a thoughtful and cleverly edited publication that juxtaposes archival images concerning Mozambique’s revolutionary Marxist–Leninist ideology with contemporary capitalist realities found in the cityscapes and on the advertising billboards of Maputo. At this stage in 2015, Krewinkel’s online archive of photobooks on Africa was still in its early stages and only available on Facebook.

In August 2020, I found myself in Amsterdam and eager to see how this recognized archive had evolved from a Facebook page into an important visual reference that problematizes the discourse of visual representations on Africa over time and in print form. I made an appointment to drive to Krewinkel’s home in Haarlem, just outside Amsterdam, where the archive is housed.

Archives, like museums, are notoriously contentious and subjective. A personal archive, such as Africa in the Photobook, is expensive to build and requires both obsession and dedication.

Krewinkel studied history in Amsterdam and was an exchange student at the University of Pretoria, South Africa. He specialized in modern Africa, writing a thesis on the role women played in the liberation struggle of Mozambique. He subsequently studied documentary photography at The Photo Academy, Amsterdam, and photographic studies at the University of Leiden, Netherlands, where he wrote a further thesis on the depiction of the so-called “poor whites” in South Africa. He views photographs as fragile historical objects and source material, in much the same way an archeologist views fossilized remains. We had an hour scheduled for our interview but ended up spending nearly three hours, interrupted only once—by the postman, delivering more photobooks. The following excerpt has been edited for length and clarity.

Azu Nwagbogu: Why the name “Africa in the Photobook”?
Ben Krewinkel: When I started collecting, my main focus was on books dealing with the struggle in Southern Africa—so in South Africa, Zimbabwe, Mozambique, and Angola. Some of the books were issued by the liberation movements, but even more by Western and Japanese photographers who were associated with supportive organizations. When the collection grew, I noticed that only a very small percentage of all the books was actually “African” in its entirety. For instance, even House of Bondage by Ernest Cole [Random House, 1967], which is excellent, was published and designed in North America and Great Britain. Nevertheless, I would consider it an African photobook, given the subject and the photographer’s origin.

I am aware that there is something really monolithic in the title, but the collection spans the whole continent and covers a timeframe of almost 150 years. The largest section consists of books by European photographers, designers, and publishers. So a title such as “African Photobooks” doesn’t do it justice. We are dealing with books by both outsiders and Africans, from and about themes on the continent. Africa in the Photobook follows the changing visual representations of the continent through this print medium and, hopefully, offers some historical perspective on various themes in African history.

AN: You aim to “decolonize” these books. How can you achieve this?
BK: Most of the books in my collection are problematic in some kind of way. I consider photographs as historical sources, and I am aware that many photographs in the past were used in a propagandistic way. The majority were produced by Europeans and were political in aim. Over 150 years, photobooks have expressed constantly changing visual representations of Africa but have also been part of the construction and circulation of ideas and fantasies about the continent and its inhabitants. Books followed the narrow, colonial, and repetitive thematic patterns that often perpetuated the binary oppositions of “self” versus “other.” Most publications produced before the 1960s were there to legitimize and promote the colonial endeavor. But colonial books are nevertheless complex and ambivalent too. One needs to ascertain why certain publications were produced and what the thinking and motives behind them were. To properly study this, you actually need to have access to the archives of photographers or publishers. More importantly, you want to have information on the sitters and the way they felt about the encounters with the photographer, to learn about the power dynamics between photographer and sitter which, in my opinion, defines whether a work is problematic or not.

AN: How does one deal with such contentious material and archives?
BK: I’m aware that I have to treat the books and their contents very carefully. The cultural theorist Mieke Bal rightly addressed the problem of thoughtlessly republishing problematic, voyeuristic, and even painful content in many of her books. I’m still considering how to deal with this material, but it definitely needs to be contextualized. I also feel that some spreads, however problematic, need to be shown to an audience, so one can learn how these books were used and distributed, and played a role in shaping perspectives on Africa. One has to stress the fact that spreads from such books exemplify the colonial narrative but may not always represent the original intention of the photographers, some of whom were African.

AN: Do books on contemporary photography reflect an image of Africa that is more nuanced?
BK: For sure, but not all of them. There are still Western photographers who nostalgically recycle the old narrative and thematic patterns, and it irritates me when they claim to show me the “real Africa.” Even the Kenyan photographer Mohamed Amin and South African Peter Magubane have published books full of landscapes, wildlife, and “vanishing peoples.” Fortunately, the last decades show a growth in beautiful and nuanced books from both African and European photographers—such as Yto Barrada, A Life Full of Holes. The Strait Project [Autograph ABP, 2005]; Bruno Boudjelal, Disquiet Days [Autograph ABP, 2009]; Zanele Muholi, Faces and Phases [Prestel, 2010]; Georges Senga, Une vie après la mort [Editions du Garages Dialogues, 2013]; Terry Kurgan, Hotel Yeoville [Fourthwall Books, 2013]; John Kiyaya, Tanzania photographer and people of Lake Tanganyika (2013); and Crossing Strangers by Andile Buka [MNK Press, 2015]. Then, there are good contemporary books based on archives—such as Jacob Nzudie, Supermarket [Le Bec en l’air, 2012]; Martina Bacigalupo [ed.], Gulu Real Art Studio [Steidl, 2013]; Commonplace by Tamsyn Adams and Sophie Feyder [Fourthwall Books, 2016]; and the project Ebifananyi [YdocPublishing, 2014-17], initiated and edited by Andrea Stultiens in collaboration with African photographers and artists. And we should not to forget Santu Mofokeng’s groundbreaking Black Photo Album /Look at Me 1890–1950 [Steidl, 2013] and his recently published immense box of books, Stories [Steidl, 2019].

AN: Let’s discuss the most contentious photobooks in your archive.
BK: Wow, where to start? All of the books published before World War II (and many published in the decades following) are contentious in one way or another. The most demeaning photobooks are some of the tourist albums from Algeria, Egypt, or South Africa that show women posing in a supposedly erotic fashion. Also, Frauen des Morgenlandes [Orell Füssli Verlag, 1929] and Negertypen des schwarzen Erdteils [Orell Füssli Verlag, 1930], which were originally published in Switzerland—the latter republished in English as Negro Types [George Routledge & Sons, 1930]—are really difficult to look at because of the ignorance and racist ideology that comes through in both the texts and the photographs. Racist missionary books, such as William Taylor’s Africa Illustrated: Scenes from Daily Life on the Dark Continent [Illustrated Africa, 1895], portrayed Africans as backward, childish, and evil. There is a lot of colonial propaganda in the collection, but the driving force behind the content was dictated by the authors or initiators. The books about the Congo Free State and Belgian Congo, for example, reflect the trinity of the colonial authorities, industry, and the church. Still very racist and grounded on the binary opposition of “us” vs. “them,” even though the books left out explicitly eroticized portraits and, for the most part, deliberately excluded explicit and degrading images of Congolese suffering. Nevertheless, traces of violence are always present.

AN: How can photography remediate and decolonize the historiography of Africa?

BK: I think it is very important to critically revisit old colonial books. By studying them closely, we notice the endless recycling of stereotypes, dominant tropes, and thematic patterns derived from generalized ideas about the continent. However, one must realize that even these books can be easily oversimplified. For instance, from today’s perspective, one can characterize a book like Kleine Reise zu schwarzen Menschen [Brehm Verlag, 1931] as a racist colonial book. Yet it is also a book made by an independent, autonomous young Jewish woman. More importantly, unlike her contemporaries, Lotte Errell portrayed the Ewe people in a dignified manner, using an informal style. New work can also help to re-evaluate and re-address colonial photography. In Joana Choumali’s Hââbré: The Last Generation [Fourthwall Books, 2016], she subtly addresses themes, like scarification and polished teeth, that had been the main subjects of colonial photobooks as well. Hââbré goes beyond representation and gives voice and authorship to the subjects photographed. They relate the effect of scarification on their daily lives.

Retrospectively, we can discover important aspects that were unintentionally included in the books, for example, the small book Álbum de familia [InforCongo, 1958], which was distributed at the 1958 Brussels World’s Fair, where the Belgian Congo played a major role in the propagandist efforts of the colonial authorities. It was produced by the photographers of InforCongo, who were European as well as Congolese—as in the case of Joseph Makula. The book consists of a systematic juxtaposition of nearly identical scenes capturing Black Africans in the Congo and white Belgians in the metropole. Following a hypocritical humanistic narrative, the book insists on the closeness of everyday life in Belgium and in the Congo and stresses the Family of Man vision of “familial” ties between the Belgians and the Congolese. In reality, the Congolese that are depicted were part of an elite called the évolués, which constituted an extremely small section of the Congolese population. The world’s fair, and this book, marked the beginning of independence and the decolonization process in Belgian Congo.

AN: One of my favorite books and definitely a discovery for me in your collection is Du twist à cocody, ou l’art de la natte by Diby Yao Christophe [Éditions Dalfoz, 1972]. What a beautiful volume, and the poem at the end is really telling and poignant. It’s a book that speaks to the value of your collection as one that also highlights and revives largely unknown African voices. What have you learned about this remarkable book?BK: Yes, indeed. Du twist à cocody, ou l’art de la natte is a great book from the Ivory Coast. The book was printed in France and the text is bilingual, but I’m not sure who Christophe’s audience was, nor do I know anything about the photographer. This book deals with hairstyles and reminds me very much of the work by J. D. ‘Okhai Ojeikere, but the photographic style is more informal. The women portrayed are much more at ease than women portrayed by colonials. It is a refreshing take on the topic, and I think you can consider this book as a reaction to colonialism and neocolonialism. The author writes: “Why do some of our stylish women prefere [sic] bleached hair or wigs to genuine African creations? [. . .] I meet many of you who pretend to be European, trying to dress and act like white women. Oh, my Black sisters, why are you trying to forget that you are African?”

This interview was published in Issue 018 of The Photobook Review, fall 2020, co-published by Aperture and delpire & co. 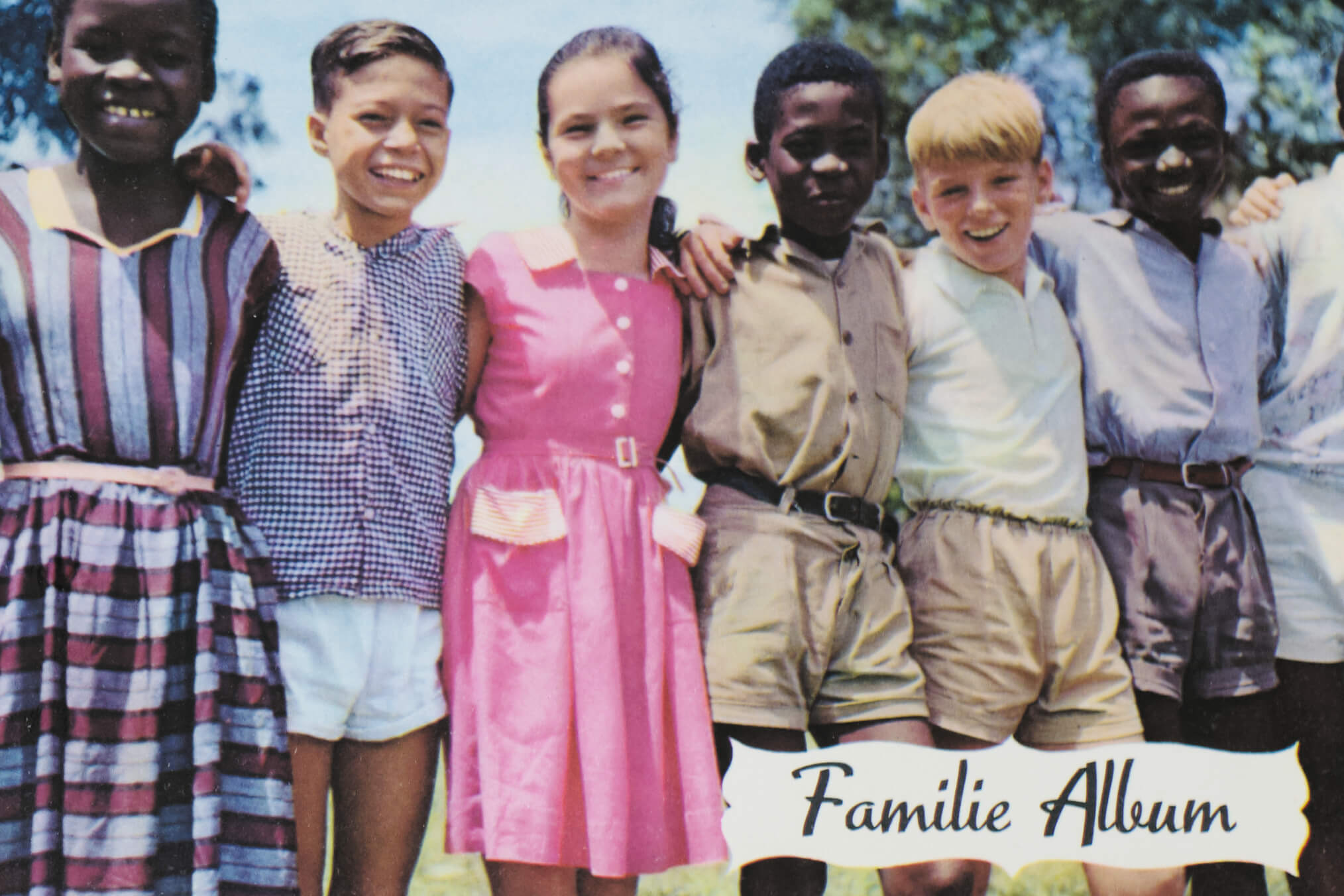 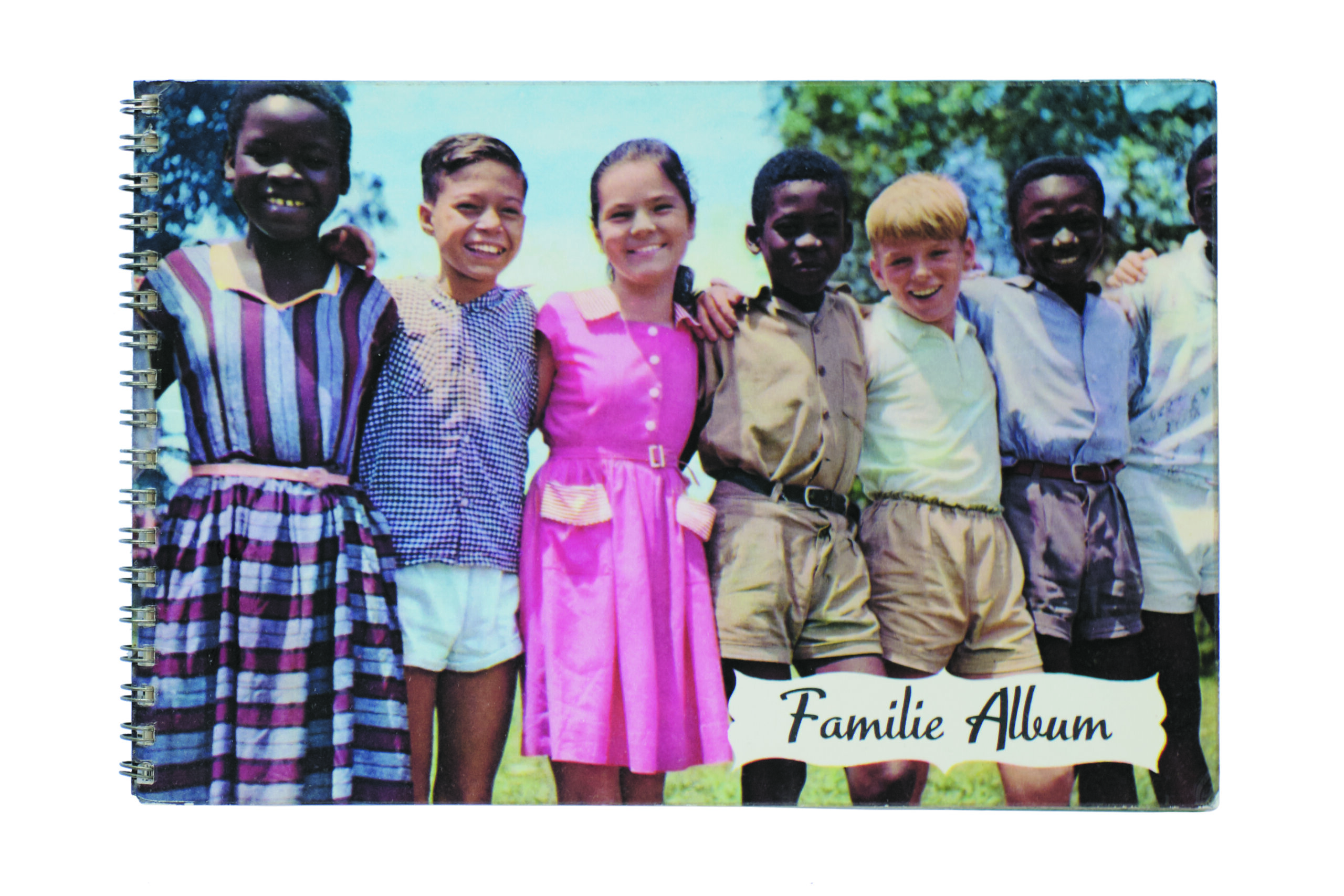 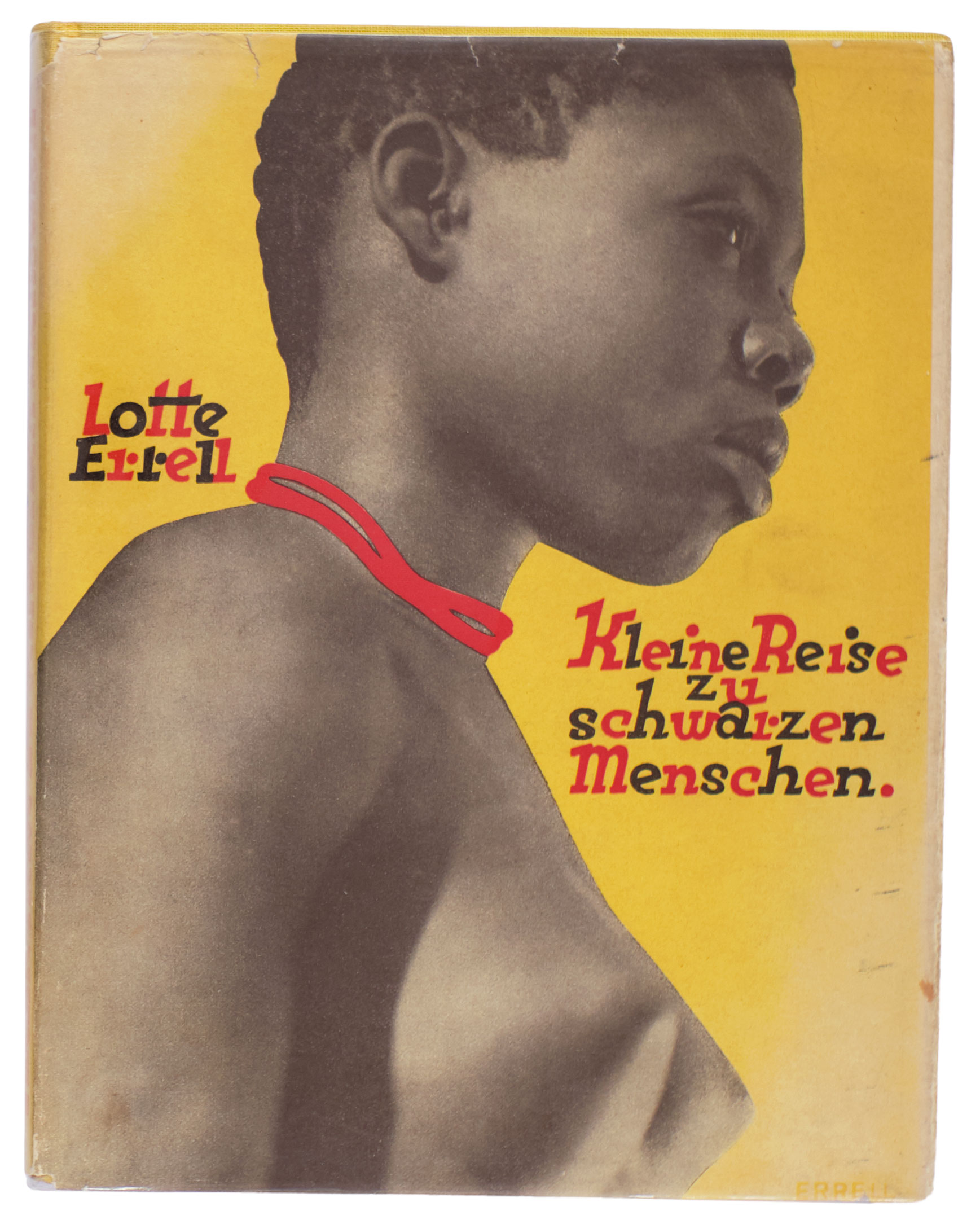 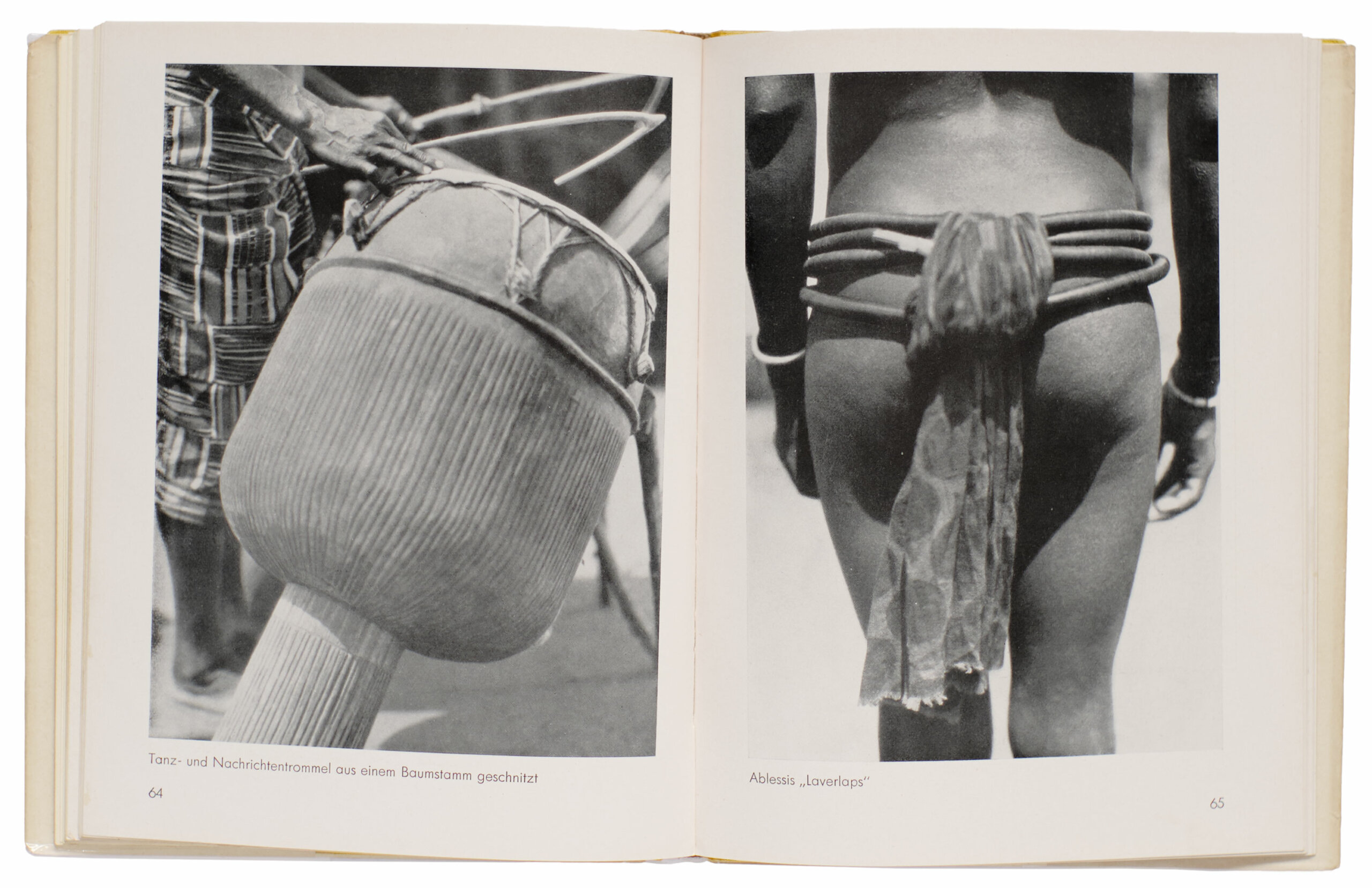 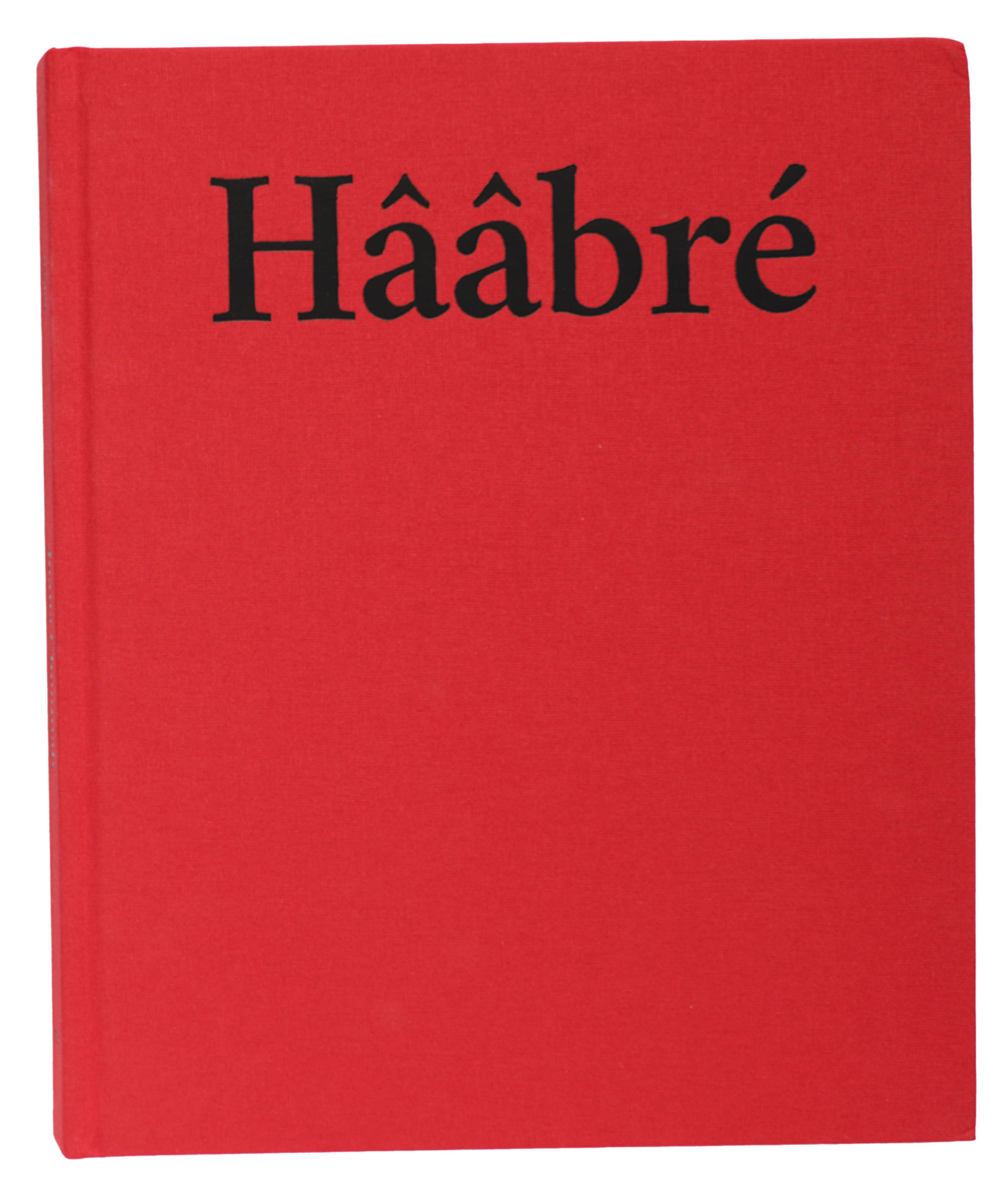 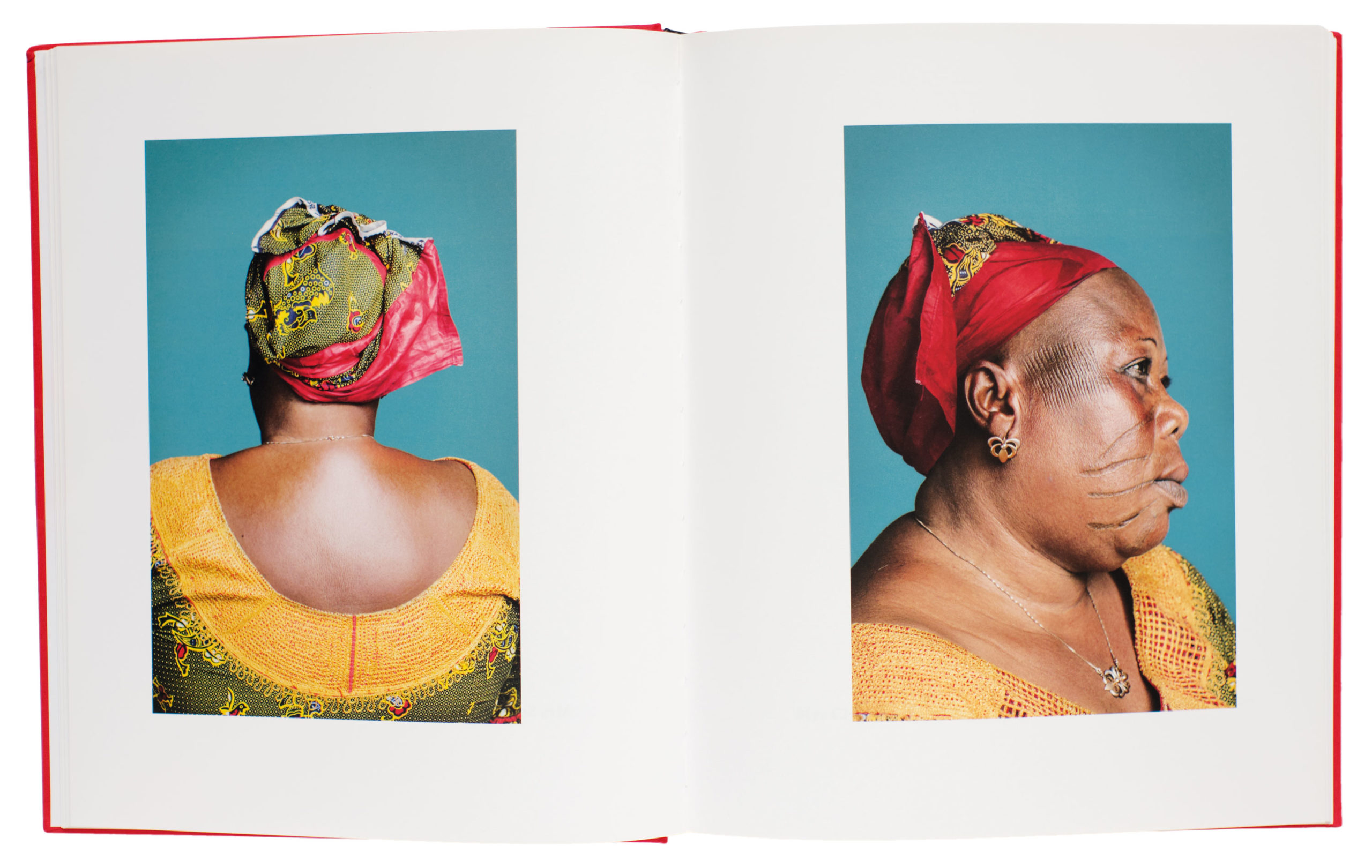 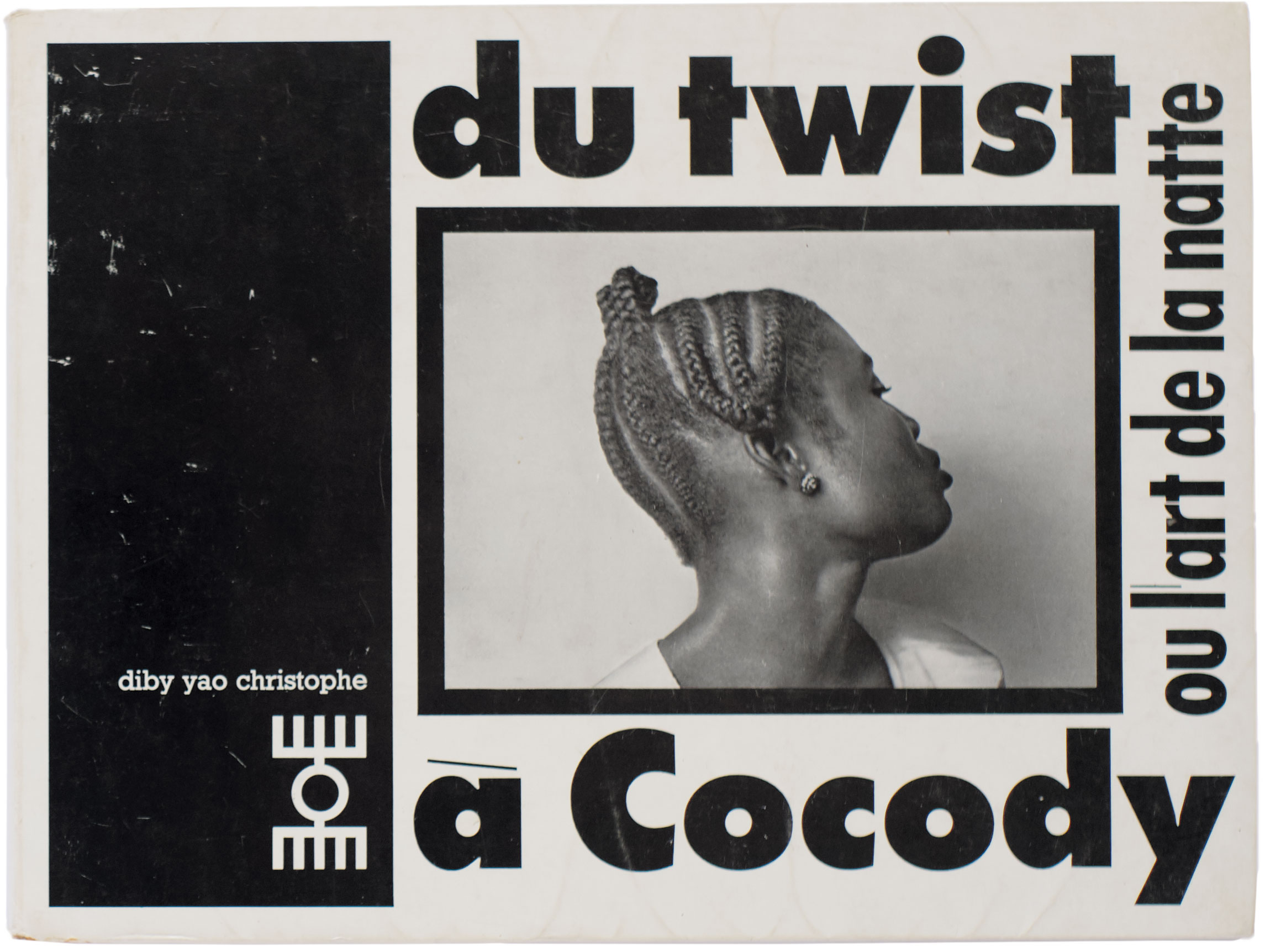 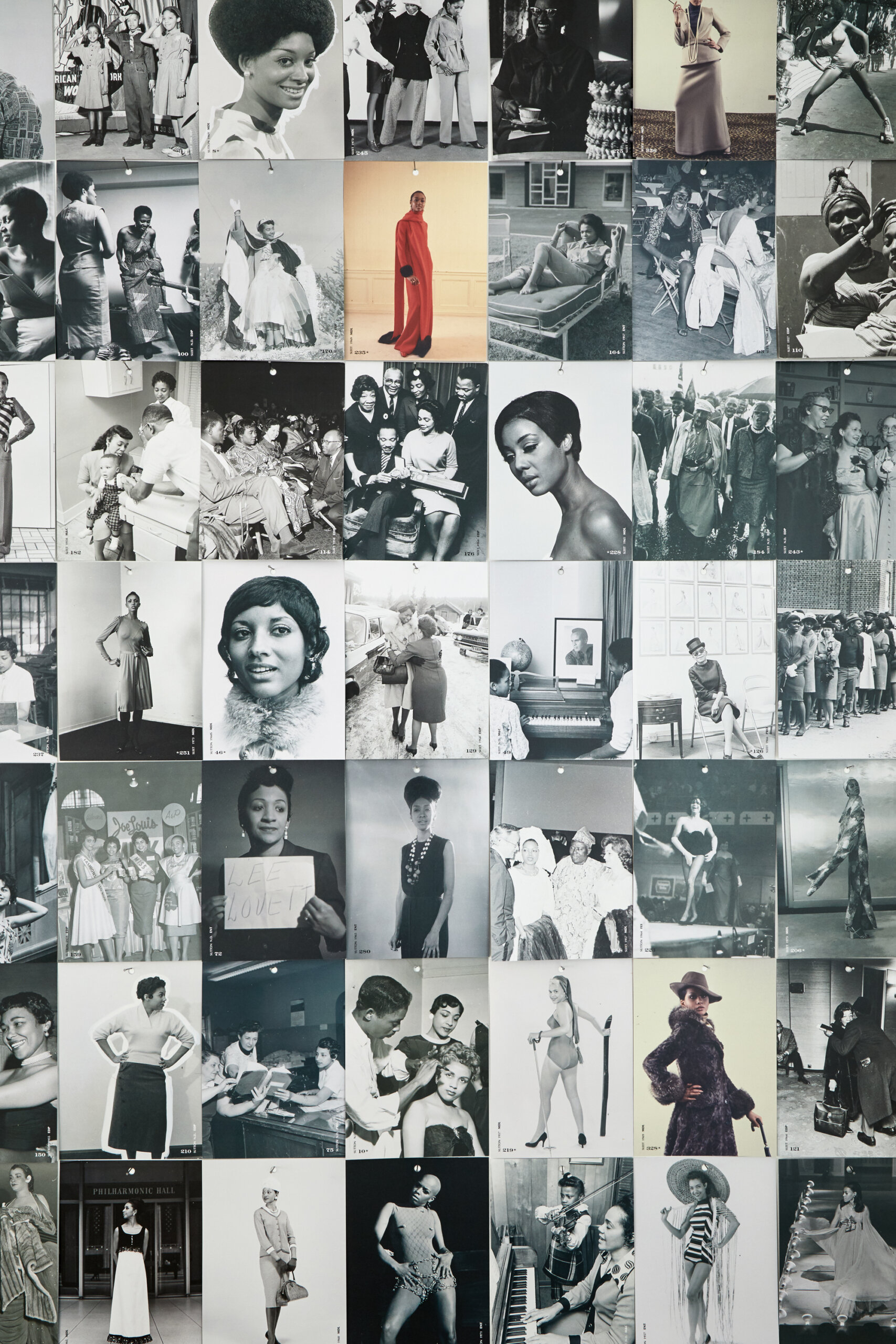 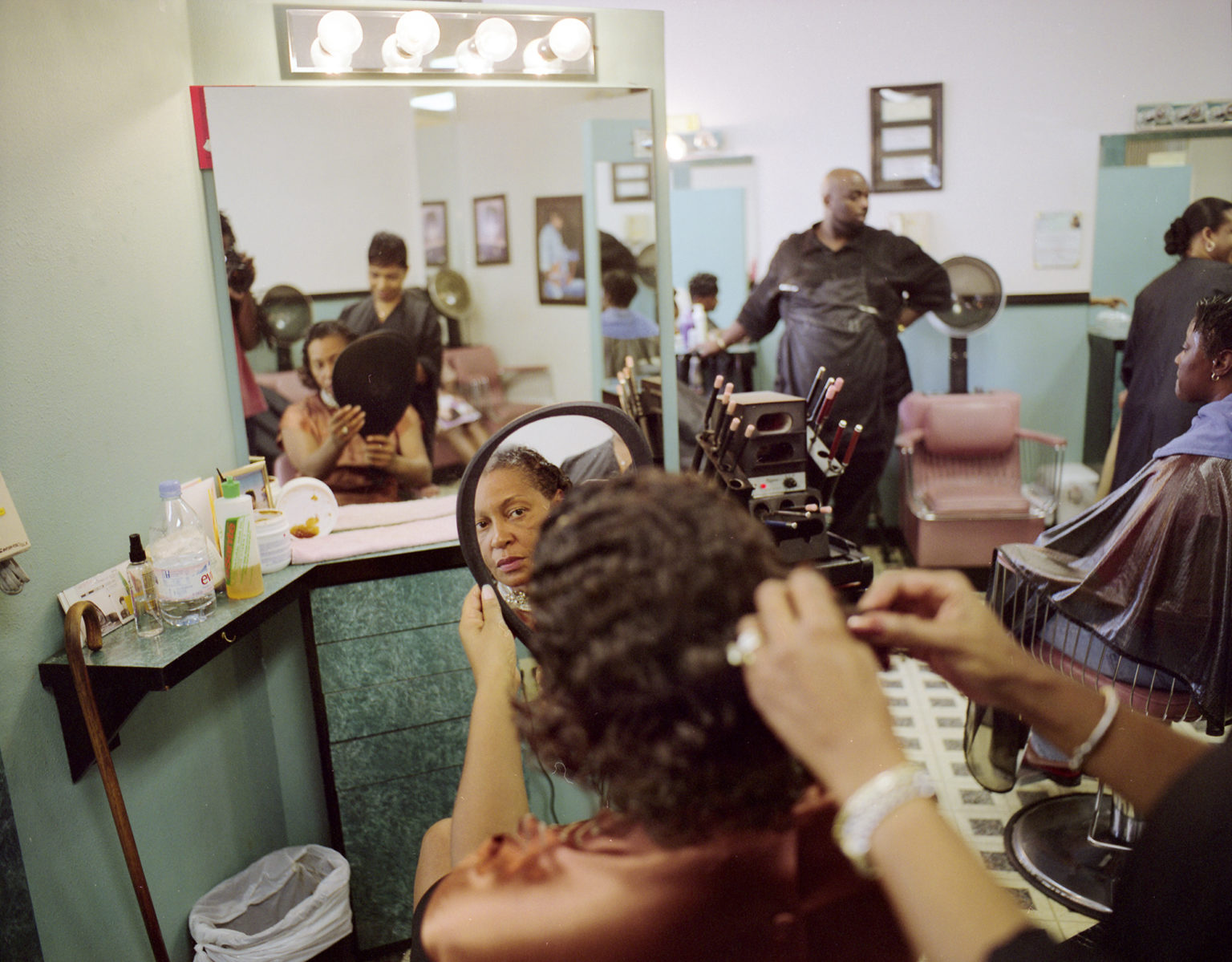 Why Deborah Willis Thinks the Photobook Can Be Transformative